800 Manuscripts Dating Back To 1786 Have Been Donated To The National Archives.

Around 800 manuscripts dating from 1786 to the end of the 19th century, covering the works of 16 architects, were donated to the National Archives. Perit André Zammit had discovered this collection in a loft at an old family house in Lija around 1990.

During a press conference held at the National Archives of Malta in Rabat where the manuscripts were formally donated to the State, Minister for the National Heritage, the Arts and Local Government Owen Bonnici said that: “A donation like this is of great importance; through this grant, we will continue to keep history as an integral part of our country’s life, and we will continue to give it the importance it deserves.”

He thanked Mrs Victoria Zammit, widow of the Architect André Zammit, for her kind donation of the collection; he also thanked the workers of the National Archives for their excellent work and dedication to the living history of Malta.

The collection includes sketches and notes of houses or fields for calculation and valuation or partition requested by owners, heirs or the Courts, Agrimensore course notes and school copybooks.

This collection also reflects the broader political context, for example the twilight of the Order of St John’s stay in Malta and the revolution against the French in 1798, where Michele Cachia played a key role and established the British administration.

The National Archivist, Dr Charles Farrugia, stated that with donations like those of the Zammit family, the state would be able to offer materials that shed light on a specific type of architecture and the work of various Maltese architects.

He continued that, “we decided to welcome this donation with a ceremony where we are inaugurating the last of a series of three exhibitions from the European Digital Treasures. The theme of the exhibition, technology, fits well with the donation of manuscripts by the Zammit family”.

This exhibition is being held as part of the European Digital Treasures project, a project co-financed by the Creative Europe program of the European Union. The project includes a consortium of five national archives (Malta, Spain, Portugal, Hungary, Norway), ICARUS (International Center for Archival Research, Austria) and the Munster University of Technology (Ireland). 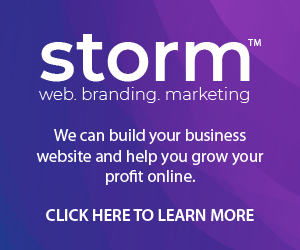